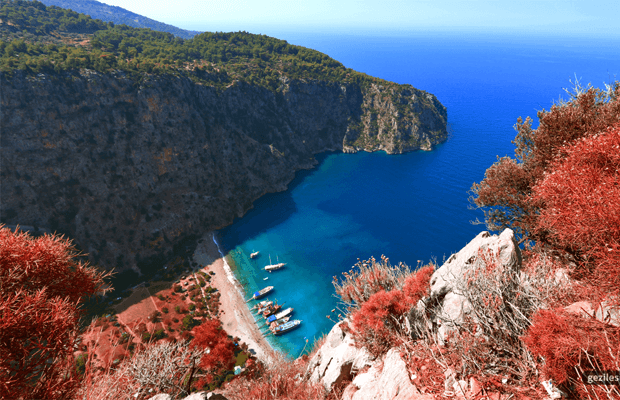 When it comes to promoting Turkey, the first picture that comes to mind is Ölüdeniz. Butterfly Valley, one of the most striking places around Fethiye, is a paradise within the borders of Ölüdeniz, which is connected to Fethiye district.

Surrounded by steep cliffs up to 350 meters in length, the valley is home to more than 80 butterfly species. The bay, which was named Butterfly Valley due to the abundance of butterflies, has a natural structure that will arouse admiration, especially when viewed from the sea.

More than seventy butterfly species live in the valley, which was declared a first degree natural protected area in 1995. Although the tiger butterflies that live in the valley can be seen in different parts of the world, the only place where they roam in colonies is the Butterfly Valley. 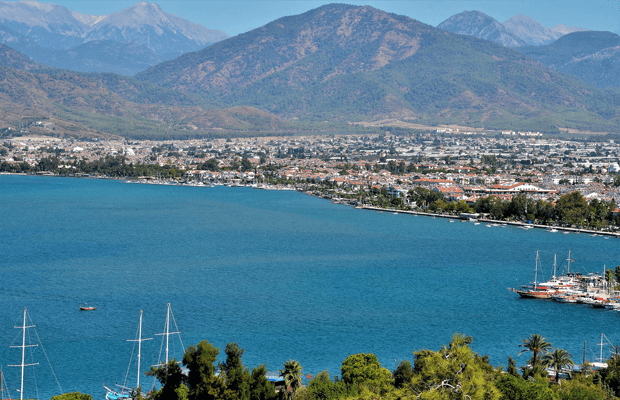 Fethiye is one of the 13 districts of Muğla province and the city that is the administrative center of the district.The old name of the city is Meğri. This name is thought to derive from the Greek nomenclature Makri, meaning "far land".It is especially developed in terms of tourism. Its population in 2014 is 140,509. It is the largest district of Muğla and has the largest area and settlement area, including the center of Muğla. In terms of population density, Muğla is larger than the center and other districts. 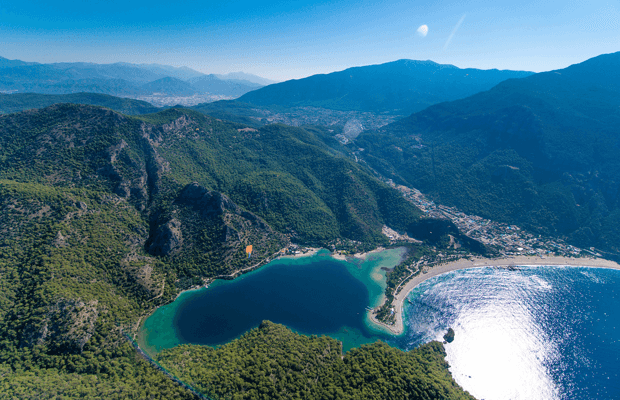 Ölüdeniz is a neighborhood in the Fethiye district of Muğla province.

Ölüdeniz beach was chosen as the most beautiful beach in the world in 2006 with eighty-two percent of votes.

The town is quite developed in terms of tourism. The land of light and sun in the Lycians, known as the "Far Land" in the Middle Ages, is located on the Teke Peninsula in the southwest of Anatolia.

It is one of the abalone (lagoon) formations in Turkey. 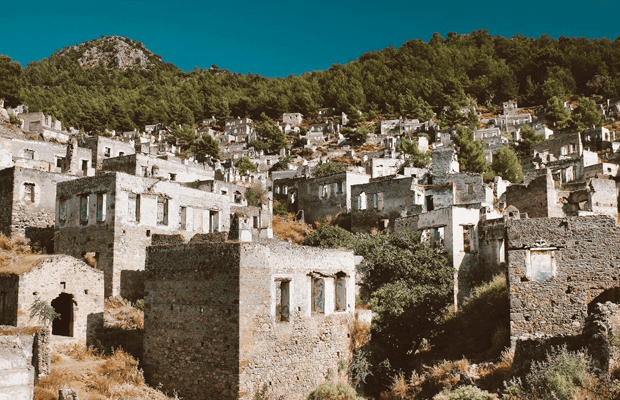 When you get to Hisarönü from Fethiye, if you proceed in the right direction, you will go towards Kayaköy through the pines. While walking around Kayaköy, you will encounter narrow streets stretching between pine, pomegranate and fig trees, old stone houses, churches, chapels and an extraordinary historical view.

While it was a Greek village with 3,500 houses before the War of Independence, it was evacuated after the war. When the Turks, who came from the Balkans and settled here, preferred the plain, it was neglected.

The ruins near the road from Çarşı Caddesi to Kayaköy are thought to belong to the Temple of Apollo in Telmessos. On the hill behind the city, St. There are castle ruins from the Knights of St. John.